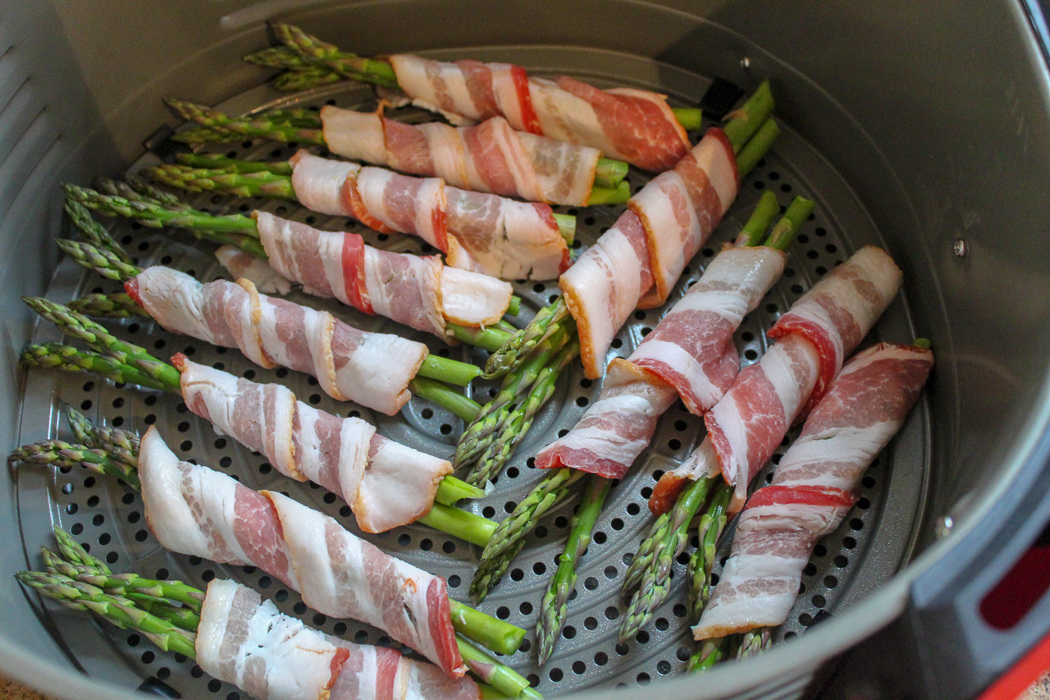 Making these little bacon-wrapped asparagus bundles is easy! It doesn’t matter what style of air fryer you have – whether it’s a basket or oven style – they all cook the same!


First – trim the asparagus. The best way is to just bend the spears and where they snap is where they snap. Throw the ends away – they’re often times very woody and not tasty.


Then depending on how big your stalks are – grab 2-3 of them and start wrapping a half slice of bacon around them – going up the stalk as you go. Be sure to pull the bacon tight – this way it will hold around the asparagus as it cooks. 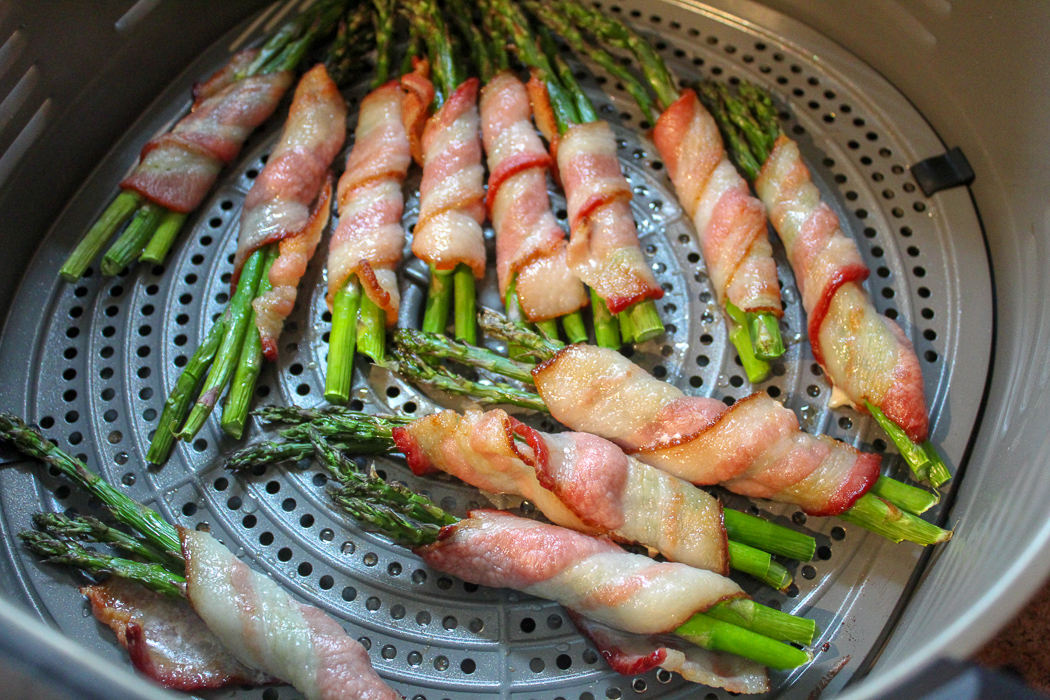 How long does bacon wrapped asparagus take in the air fryer?

It takes about 15 minutes to make bacon wrapped asparagus in the air fryer – the bacon takes much longer to cook than asparagus.


I tested putting the raw bacon around the asparagus and air frying from the start – then for the second batch, I air fryed the bacon for 8 minutes and then added the asparagus.


The first method worked better – for the second – the bacon was too difficult to work with and wrap around the asparagus. So – just wrap the bacon around the stalks and put them in together!


Either way – this actually makes your asparagus crispy! It’s really good! If you want a softer asparagus – I would just sprinkle it with olive oil and sea salt and air fry without the bacon for 5 minutes.

Can bacon wrapped asparagus be made ahead of time?

Bacon wrapped asparagus is great in the air fryer but I wouldn’t recommend COOKING it ahead of time. But if you want to wrap your bundles up and refrigerate them – you’re good to do that! They’ll be fine in the fridge for a couple of hours if you want to prep. 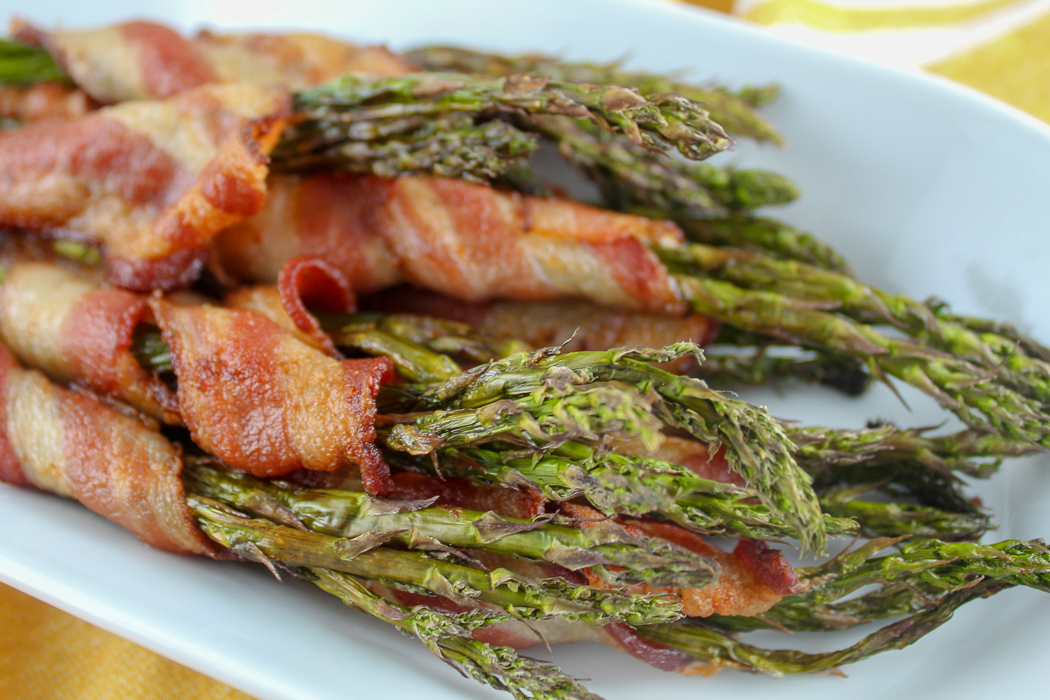 A short sentence describing what someone will receive by subscribing

Your data will always be protected